The Australian Government has made a unified decision regarding hair and how hair should be cut for equality…. have made a law requiring that everyone should have a mullet haircut.  The Law is entitled ‘The Mullet Act’.

Starting from tomorrow, any person that is caught without a mullet will be sentenced to 20 years in jail without parole.

ASIO have decided that if everyone had the same hair cut it would reduce the terrorist threats.

Australians are outraged. Most say that they will be turned into Bogans.

Bogan (pronounced BOE-gun) is a derogatory Australian slang term for somebody who is perceived as being an unfashionable “lower-class” person, typically of British Isles ancestry and living in deprived urban areas.

Bogans are stereotypically considered to be young adults. (from approximately 15 to 30 years of age) Older males who would otherwise be described as being “bogans” are sometimes known as yobbos. Employment occurs primarily in the building or agricultural industries, with the main consideration being a requirement for unskilled labour. Low to midrange literacy and intelligence, (80-100 IQ) and above average physical strength are also prominent elements. They can primarily be observed in suburbs along Melbourne’s northwestern corridor, (although related variants from other states exist) with greater numbers tending to the outlying/semi-rural areas due to increased opportunities for unskilled employment. They also have a tendency to be xenophobic and highly nationalistic, and so are therefore likely to avoid areas of large multicultural concentration.

Some think that this is great as Australians are becoming more Americanised and a loss of identity. This new law is a way of turning the tables and turning Americans and Pommies into beer drinking Aussies. The mullet is a great way to push start this.

Australia’s own Mel Gibson, Shane Warne, and ‘Boony’ are the new ambassadors for this cause and will be staring in commercials that will be airing on British and U.S TV in the next two weeks.

It is estimated that by the year 2020 most Americans and Pommies will find it fashionable ot wear flannelette shirts singlets and to actually embrace the Australian way. Aussie missionaries who mission it is to turn people to the Aussie way of life are currently living in the U.S and the U.K. These missionaries have a noticeable Aussie accent and can be seen with cans of VB, and handing out free DVD’s of Kath & Kim, and Mad Max Fury Road. While the missionaries to England will be handing out free copies of [strong]Australia’s 2007 Ashes win.[/strong]

Daryl Braithwaite To Perform At The BFL Grand Final 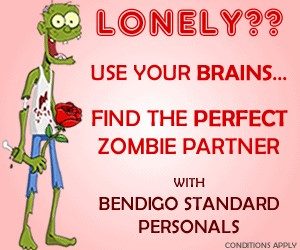